What is common among Santosh Pachar, a lady farmer from Rajasthan, Paresh Panchal, a mechanic from Gujarat, Akash a tenth class student from Tamil Nadu, Shalini, a student from Patna and six other innovators from around the country?Hosted by The President of India as innovation scholar in residence along with two artists and writers at The Rashtrapati Bhavan from March 4-18, 2017, 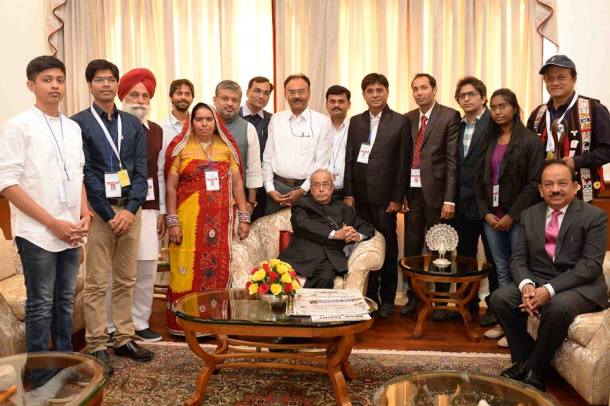 they rubbed shoulders with grassroots innovators award winners and GYTI awardees at Third Festival of Innovation, March 4-10, 2017.  This was the fourth edition of the Innovation scholar in residence program started on Dec 11, 2013, the Birthday of the President Mukherjee. What is the message the 13th President has tried to convey during his Presidency, 2012-17? That innovations matter, country cares, and when the head of state hosts grassroots innovators, it is expected that others will be equally caring. The Prime Minister also met these innovators in the earlier years and assured them all the support in their effort to make India a creative, compassionate and collaborative society. Several Cabinet Ministers, head of R and D labs, and other stakeholders meet them to enocirage their ventures. 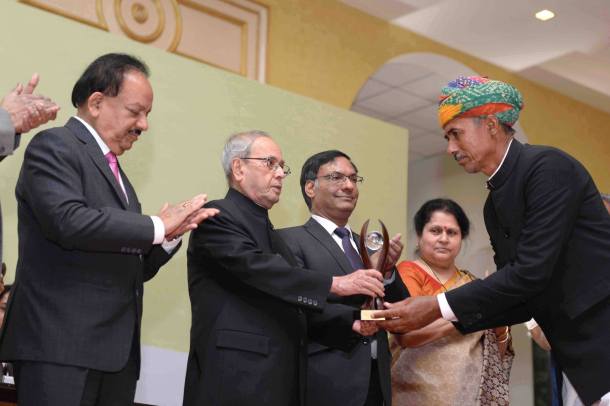 The legacy of the Thirteenth President of India Shri Pranab Mukherjee, 2012-2017 will be remembered for  embedding  grassroots Innovations at different levels in institutions of higher education and governance. A  very empathetic ecosystem in the country has emerged through the patronage at the Presidential level.  The  third Festival of Innovation (FOIN), Rashstrapati Bhavan organized by the Office of the President in collaboration with National Innovation Foundation, and the Honey Bee Network has brought together innovation for and from grassroots.  On march 10, the last day of the FOIN, while  concluding the Roundtable on Financing of Innovation based start-ups and the early stage ventures, The President observed:

The real concern for policy planners is the fact that much of the finance that is needed comes at too late a stage in the enterprise life cycle because of which a large number of ideas get aborted before becoming products or services. We, therefore, have to ask ourselves the question whether our policy and institutional arrangements for financing of innovation based start-ups need change and, to my mind, the answer would be an unequivocal ‘yes’.

It may also be necessary for DST to consider converging various sectors under the umbrella of a National Academy of Innovations so that early stage ventures in technology, education, culture and institutions get single window support.  It will also support  supply chain innovators who will design frugal logistical models for social and economic enterprises. The underlying thought process has to be that at different stages of growth and diversification of start- up ventures, different levels of mentorship and financial instruments have to be made available.

WE have science academies and academies of literature, art  and culture, but not an academy which brings together innovations by a variety of actors  in formal and informal sector of science , technology, governance, supply chain management, finance and community and regional resource management. Such an academy may help not only recognise the inventors and innovators but may also create a wide network of mentoring obligation on the part of the innovators,  observed  Prof Ashutosh Sharma in a personal discussion. I agree that unlike other academies which reward [ast performance, this academy will reward future performance and thus create a new kind of IOUs. Given a vast increase in social aspiration for mentoring, the actual mentoring by those who have been honoured by the country may have to be enhanced several times over. Each innovation based start up will need mentoring at different stages and of different kind. Those who can mentor in technological domain may be different from those who may help in entrepreneurial and logistics domain. 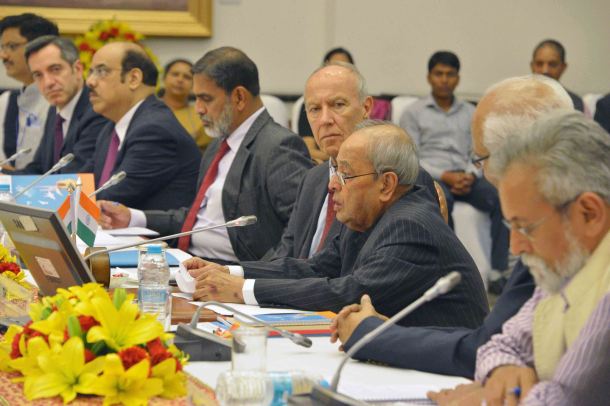 Many states and institutions have designed start up policies but not many seem  to trust the actual innovators and innovation based entrepreneurs. We need to institutionalise reverse mentoring as well. If a school student like Aakash can develop a technique for detecting silent heart attacks particularly among diabetes patients, then there is no harm for a senior health innovators to seek his advice and counsel.

Young innovators may be less skilled in asking their true feelings and thus may say as it is.

Honey Bee Network is poised to explore new approaches for creating a nurturant pathway for budding innovators and innovation based entrepreneur. High net worth individuals may be incentivised to invest their funds as well as time in such ventures through some tax concessions.

The festival of Innovation has generated a lot of ideas which will be shared in coming weeks. It is absolutely clear that there is huge demand in the country for agile assistance for failing fast to succeed in the future.